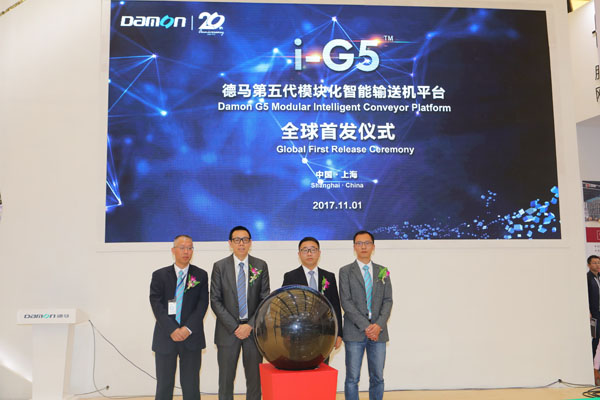 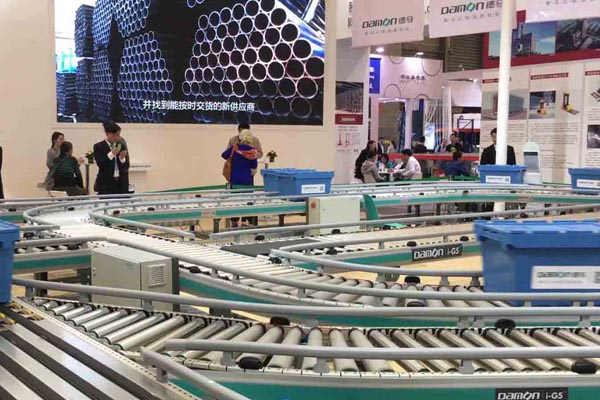 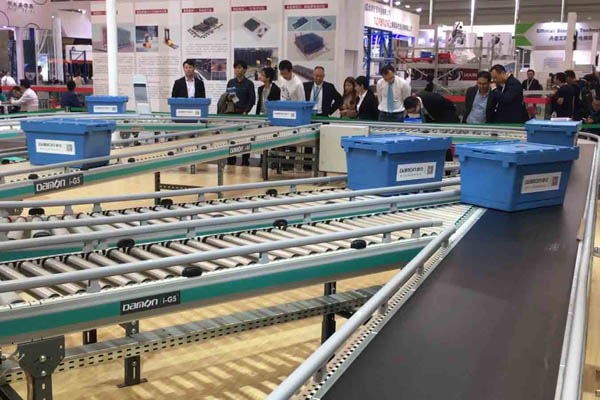 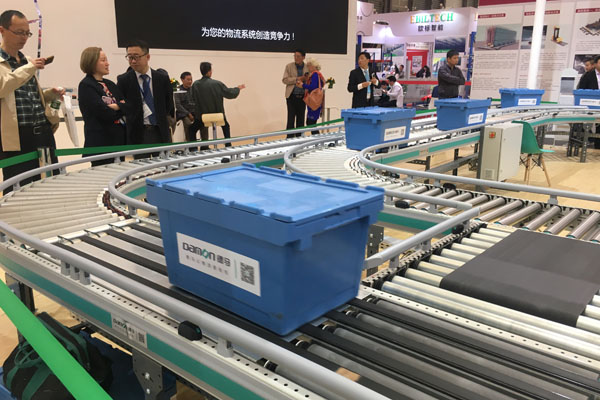 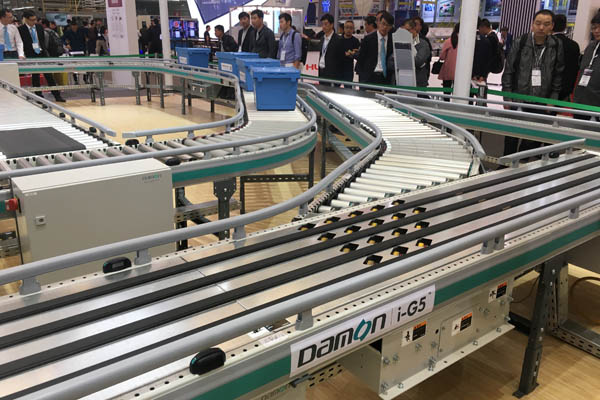 Conveyors are a traditional piece of mechanical equipment invented to alleviate the heavy labour of mankind.  The conveyor has been applied to assist humans in life and industry for thousands of years. Due to the need for improvements in conveying, it has undergone numerous technological evolutions and structural changes. What type of conveyor do people now expect?

2017 marks the 20th anniversary of the Damon Group. In our 20th anniversary year, today at the CeMAT exhibition, Damon released the fifth generation i-G5, modular, intelligent conveyor platform.  The i-G5 is a result of 20 years of dedication.

With the latest intelligent digital logistics platform in the world, a new generation of intelligent conveyors based on IoT can provide users with intelligent services including being able see the conveyor on the internet at all times, communicate and interact with other intelligent equipment, receive support from the operation and maintenance department, analyse large amounts of data to ensure the equipment is always in optimum working condition and supervise system operations.